Unify Your IT Infrastructure with Hyperconvergence

What is Hyperconverged Infrastructure?

HCI converges the entire datacenter stack, including compute, storage, storage networking, and virtualization. Complex and expensive legacy infrastructure is replaced by a platform running on turnkey, industry-standard servers that enable enterprises to start small and scale one node at a time. Software running on each server node distributes all operating functions across the cluster for superior performance and resilience. 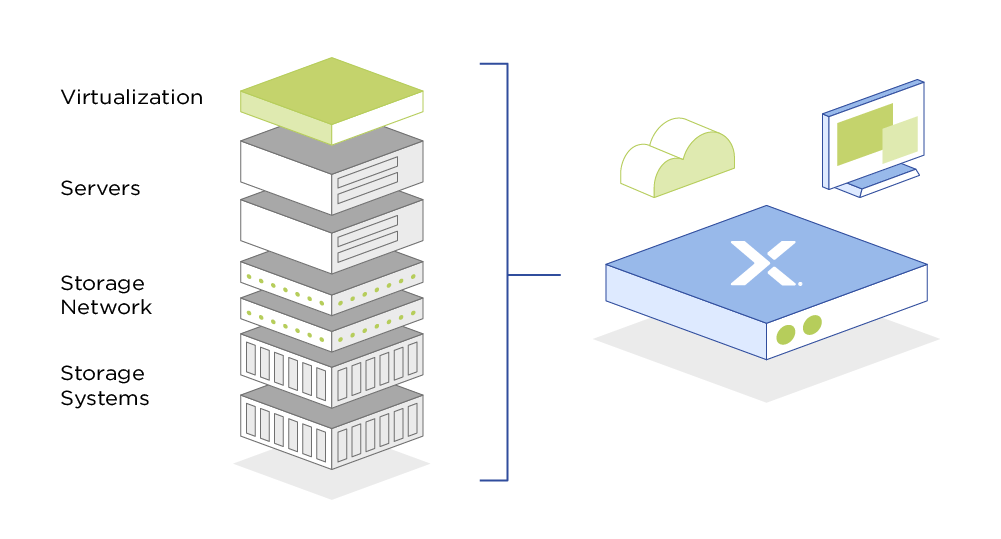 Interested in learning more about how to modernize your datacenter with hyperconverged infrastructure?